Wind Power on Oceanic Near-Inertial Oscillations refers to the wind disturbed by the near-inertial frequency can cause the resonance of the ocean surface layer, and then the near-inertial oscillation of the ocean surface layer. In the process of the Wind Power on Oceanic Near-Inertial Oscillations propagating into the interior of the ocean, the energy will cascade to a small scale, eventually leading to the fragmentation of the waves, driving the turbulent mixing across the equal-density surface. In researches of the past 20 years, the estimated wind power on oceanic near-Inertial oscillations in the global ocean based on numerical model results is 0.3-1.5 TW. The uncertainty of the model's simulation of near-inertial motion results in a large variation range of wind near-inertial energy, which affects the simulation and research of ocean mixing and energy dissipation processes.

For the first time, the highlight work has relied on observations to estimate global near-inertial energy. Based on the flow field data obtained by the global drifting buoy and the wind field data obtained by the satellite, the global average state of the near-inertial energy of the wind is 0.3-0.6 TW, and the energy input is concentrated in the mid-latitude sea area (30°-60°) and reach the strongest in the season of intense storm activity.

The global wind input near inertia energy obtained by this study is smaller than the estimated value of the previous people. The main reason is that the former researchers ignored the influence of the ocean surface velocity when calculating the wind stress, which will make the wind input energy of the ocean overestimated. The results of the study make the energy contribution of wind to the ocean motion in the near-inertial frequency band more accurate, which will significantly improve the understanding of the energy source of the deep-sea oceanic cross-density surface mixing process, and have great significance in evaluating the model's stimulating ability and developing reasonable energy dissipation and mixed parameterization scheme. 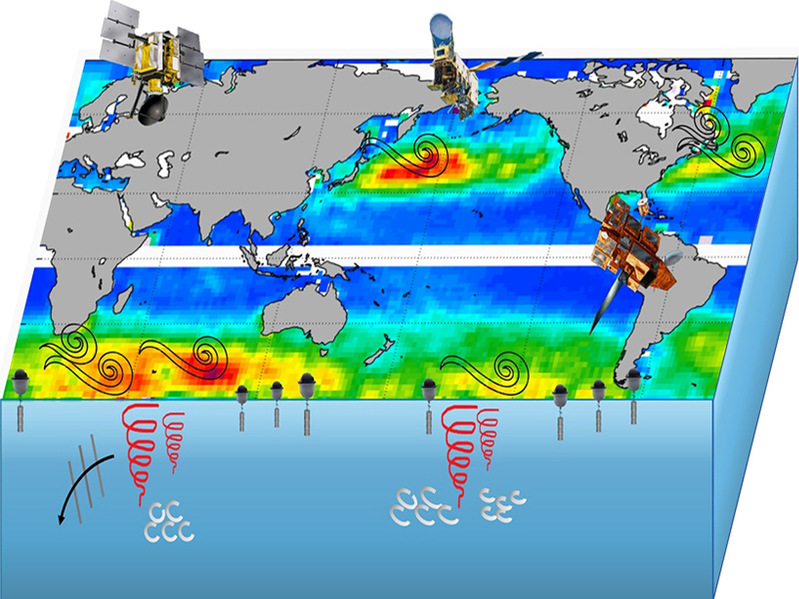