Progress in the Study of the Evolution Mechanism of the Yellow See Surface Water Temperature During the Holocene
Release date: 2019-09-26

With the support of projects like the National Natural Science Foundation of China, the research group of professor Zhao Meixun in the key laboratory of Marine Chemistry reconstructed the south Yellow See surface water temperature variations during the Holocene and revealed its evolution mechanism by the use of uk37 index.

The research results were published on the international mainstream periodical, Global and Planetary Change(GPC), JCR affectio 4.10 in 2018. 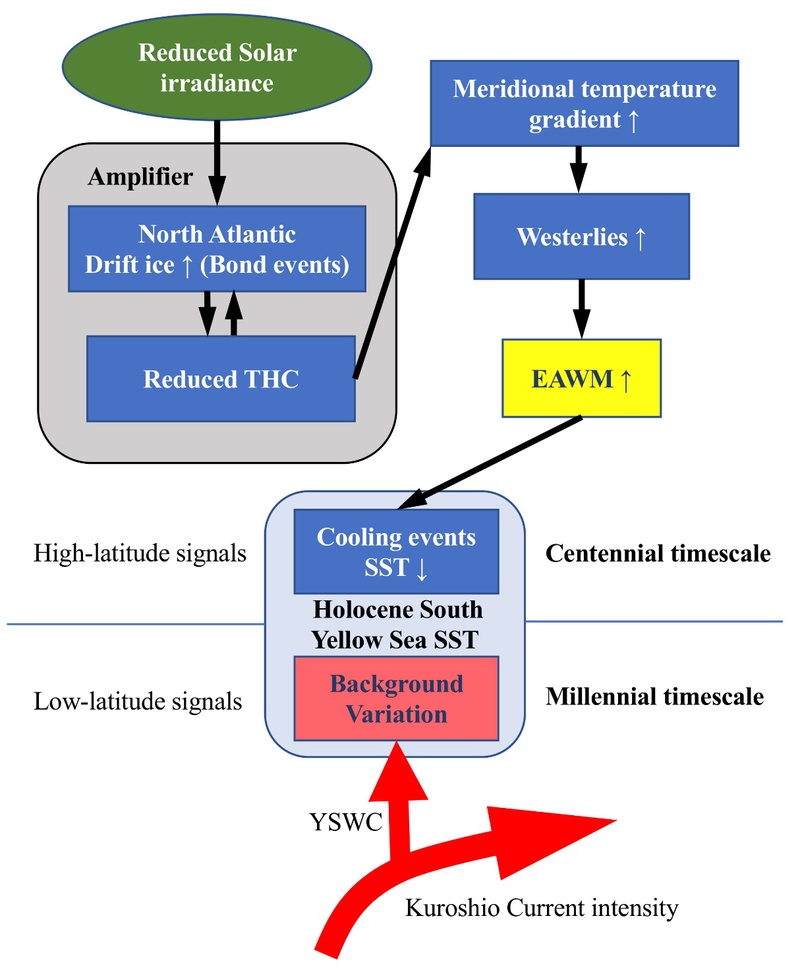